For Writing Task 1 you may have to describe and compare two or more charts, graphs or tables. These may show information about the same topic but focus on different aspects.

The bar chart gives information about the number of car journeys into the city centre made by residents and non-residents. 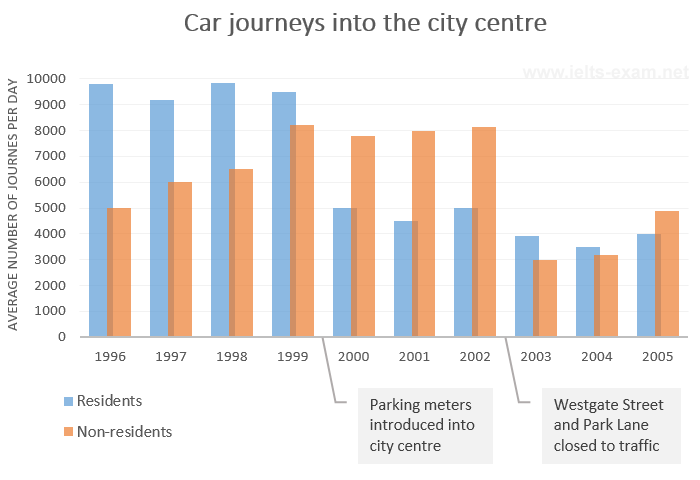