When writing about graphs, look at the visual information overall without focusing on the details. You will usually be able to identify three or four main trends or patterns. Circle or draw arrows on the graph to highlight the key features and patterns. Consider: upward and downward movements, highest and lowest points and the start and end points for the range of information shown. Identifying key trends will help you structure your writing.

The graph below gives information about how much people in the United States and the United Kingdom spend on fuel. 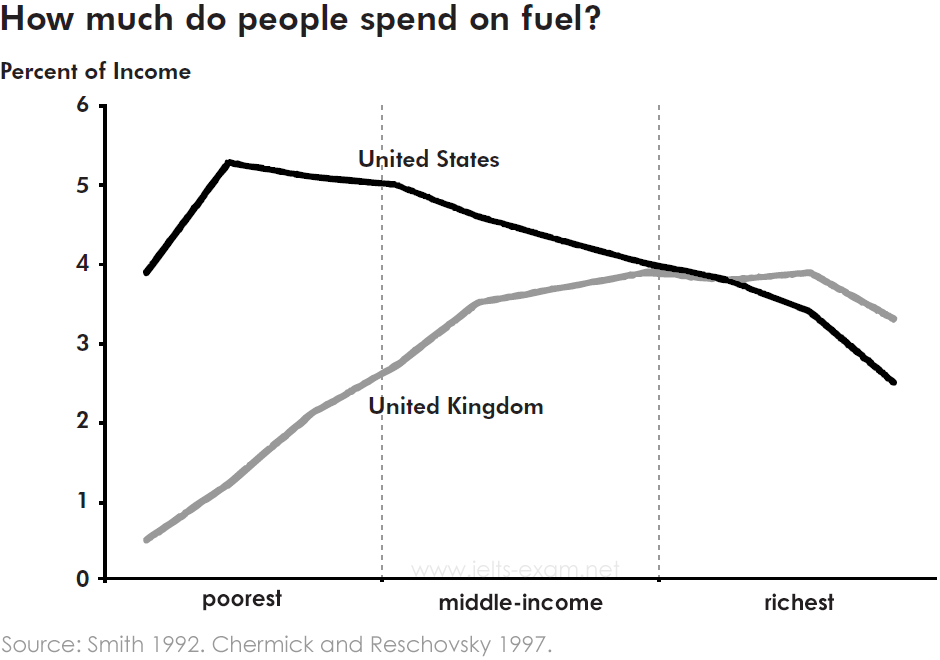 The graph compares the percentage income that people in the UK and USA spend on fuel.

Secondly, in the USA it is also noticeable that the percentage of income spent by the poor can be twice that spent by the rich. However, in the UK. the percentage spent rises quite steeply for the poorer members of the population but then remains almost constant apart from the very richest, where it falls again.

In both countries people on middle incomes spend about the same percentage. Overall, the percentage of income spent on fuel generally gets higher in the UK, whereas it decreases in the US.