Identifying and comparing data on a chart

Some texts include statistics and data in graphical form. To understand this information, first identify:

The bar chart below gives information about the percentage of the population living in urban areas in different parts of the world. 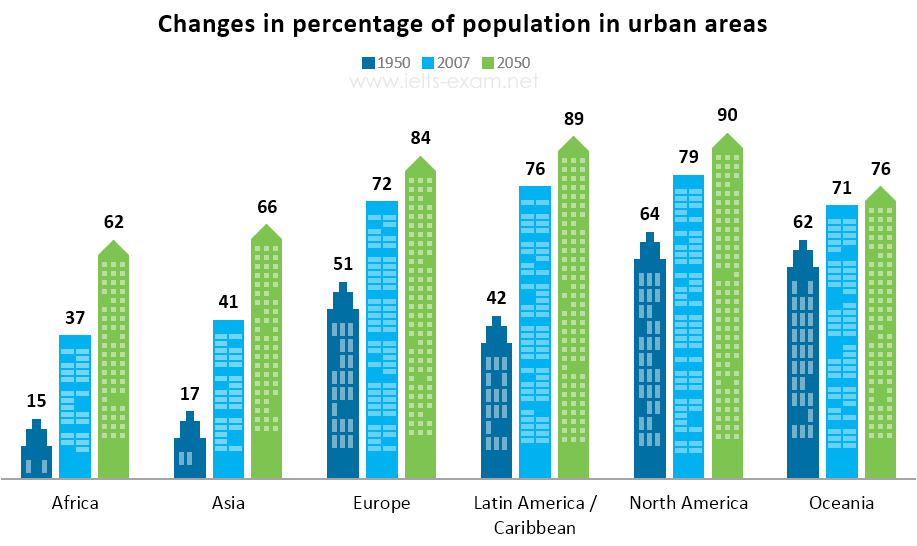 The graph compares the growth in the percentage of the population living in urban areas in six different regions of the world.

According to the chart, between 1950 and 2007 the percentage of the population living in cities in Latin America and the Caribbean almost doubled, from 42% to 76%, whereas in Europe it only increased by 21%. However, in Europe over half the people already lived in cities in 1950.

When we compare the projected increases in Asia and Europe by 2050 we see that in Asia the percentage will continue to grow at the same speed, with a further increase of 25%, whereas in Europe the change will be slower than before, increasing by only 12%. By 2050, the vast majority (around 90%) of people in Latin America, the Caribbean and North America will live in cities. Even in Africa, more than half the population (62%) will live in urban areas by then.