What to include in Task 1

For Task 1, you are required to write a description of what you see: this must be uncontroversial and evident to everyone who looks at the graphic. Where relevant, you are encouraged to make connections between different parts of the data, and to recognise broad trends and use these as the basis of your comparison.

However, there are a number of things you should avoid:

The graphs below show the number of medals won by the top five countries in the summer and winter Olympics. 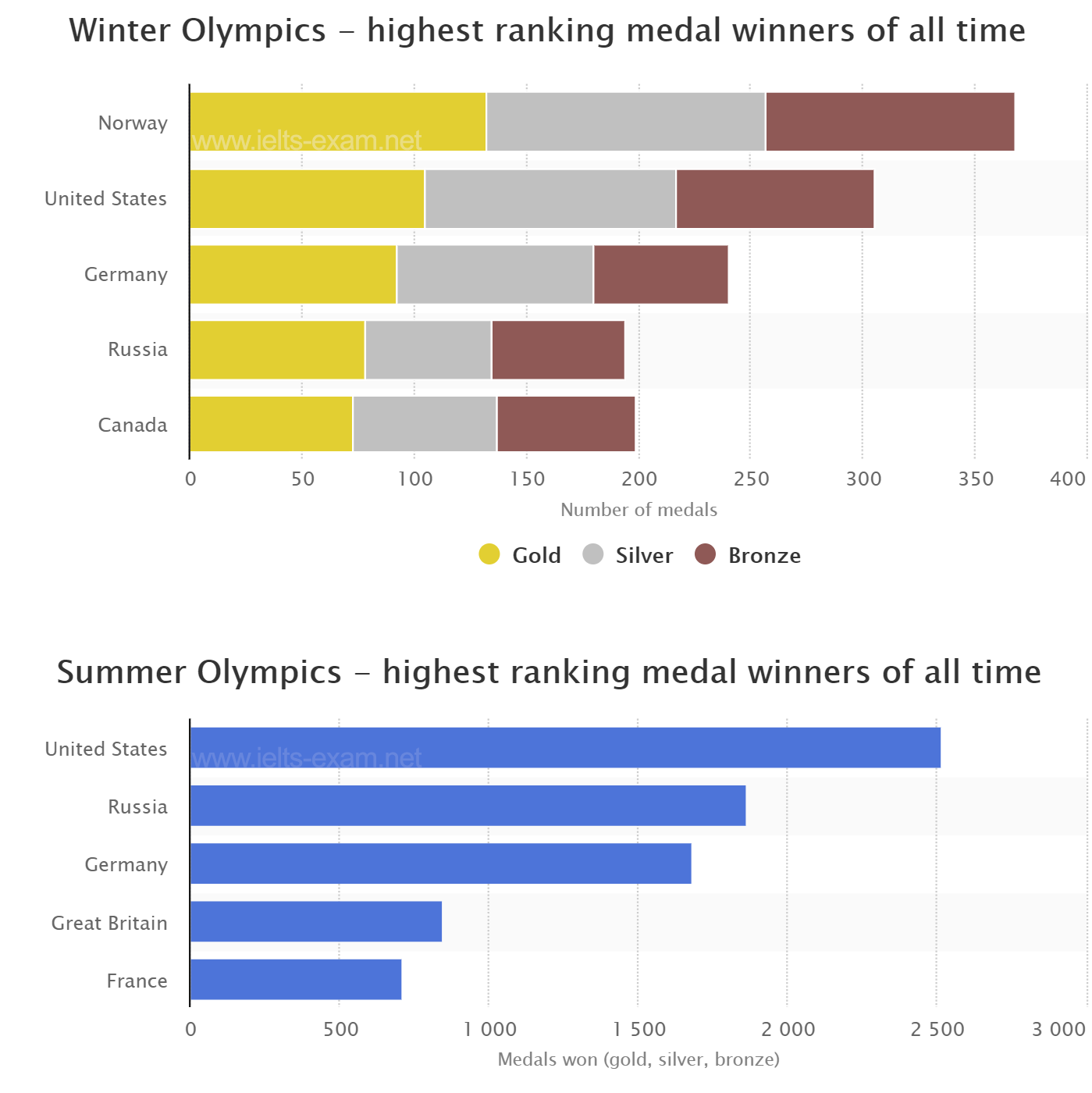 Overall, the first graph shows that in the winter Olympics, Norway has gained the most medals, winning approximately an equal number of gold, silver and bronze medals. It has won about 370 medals, whereas Canada, in fifth place, has won approximately 200 medals.

The results of the summer Olympics are quite different, however, with the USA having won the most medals. Overall, the USA has won just over 2,500 medals, a much higher number than the other four countries on the graph. Russia is the second highest, winning approximately 1,800 medals.

To summarise, the bar charts illustrate how many medals the highest-ranking countries have won in the summer and winter Olympics. The results of each Olympics are very different, with the USA, Russia and Germany being successful in both.