The overall result is translated into a score on the IELTS nine-band scale.

The graph below shows the percentage of part-time workers in each country of the United Kingdom in 1980 and 2010. 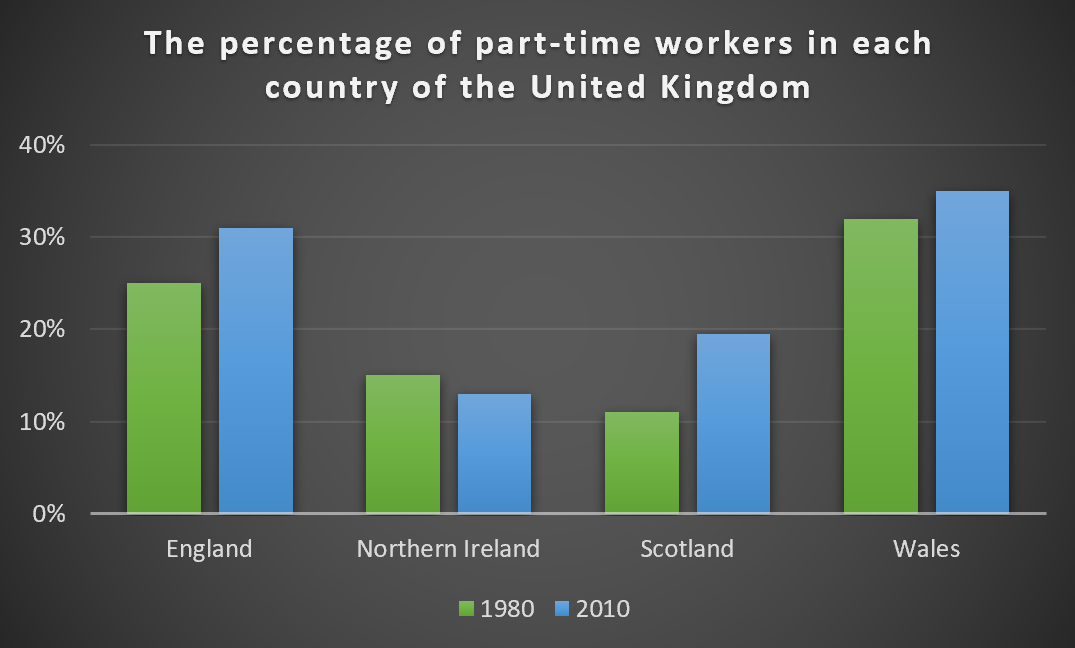