In IELTS Writing Task 1, you need to take special care to avoid repetition of words and phrases. If you simply copy your introduction directly from the Writing task on the question paper, this will not be considered as part of your writing. Instead you need to reword, or paraphrase, the information. This is an important academic skill.

The chart and graph below give information about participants who have entered the Olympics since it began. 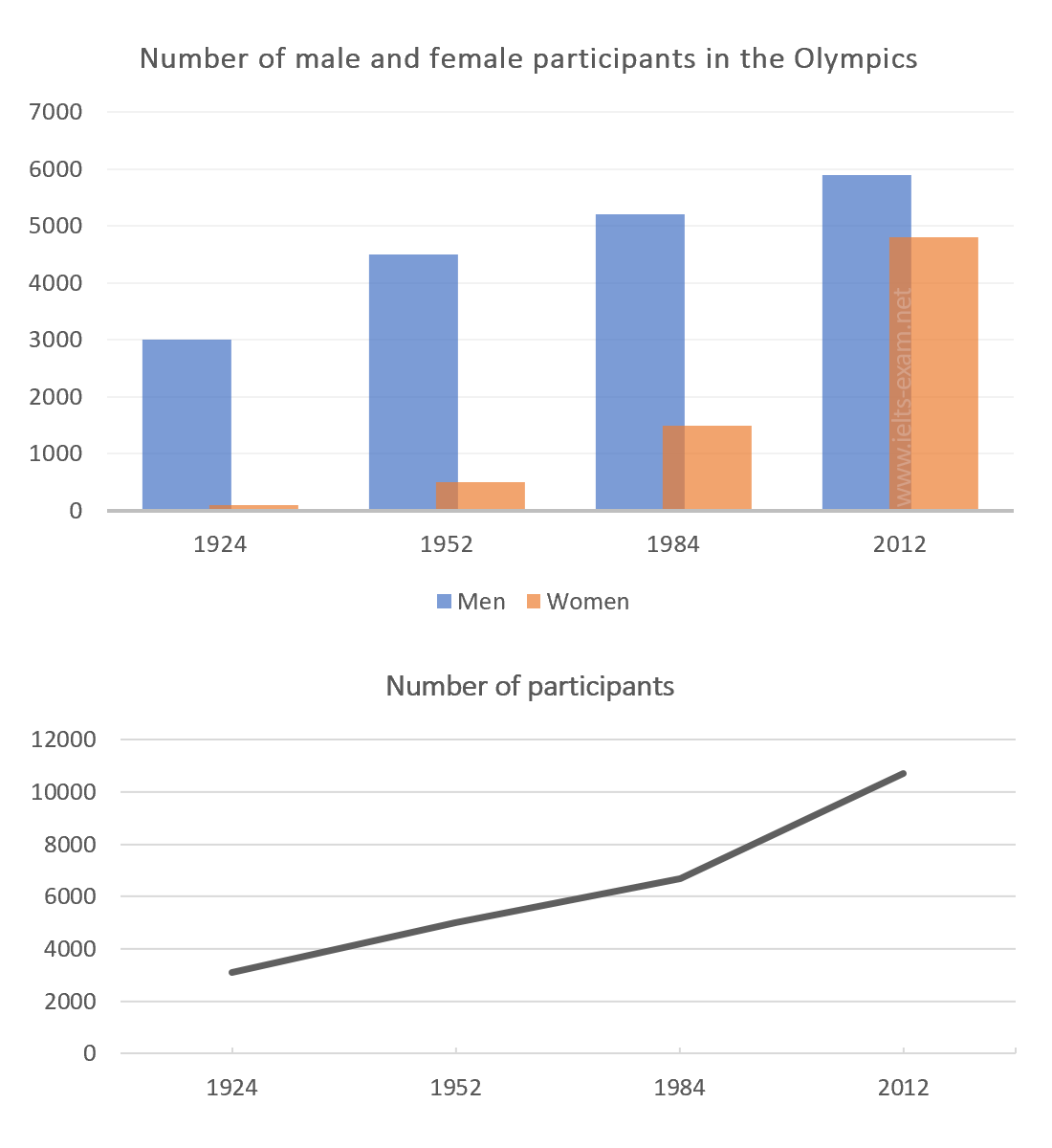 The two charts give information about the gender and number of athletes who have entered the Games since they started. The bar chart illustrates the number of men and women entering the Games, whereas the line graph shows the number of participants.

The line graph shows a similar trend, with the number of participants increasing throughout the century. The most significant increase occurred between 1984 and 2012, when the number of athletes rose from just over 6,000 to over 10,000 in 2012.

To summarise therefore, since 1924 the number of athletes entering the Olympic Games, has increased dramatically. This is particularly the case for women, who are now represented in nearly the same numbers as male participants.