The report should have:

The graph gives information about the age of the population of Iceland between 1990 and 2020. 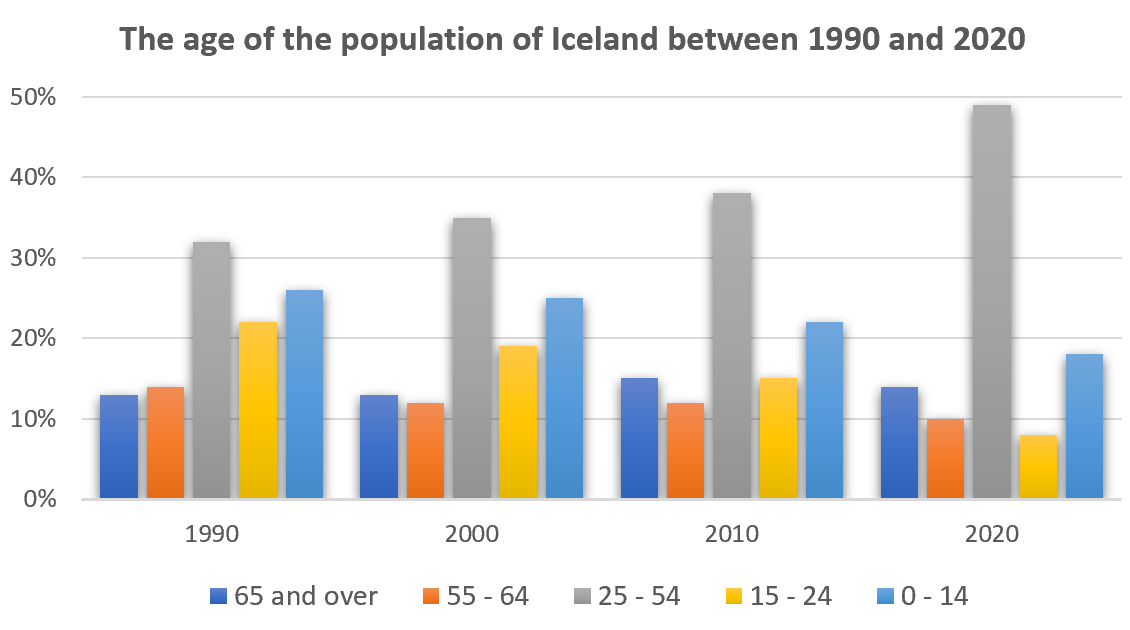 The bar chart compares the different ages of people living in Iceland between 1990 and 2020.

The older two age groups did not increase or decrease much. The size of the 65 and over age group remained at about 13%, whereas the size of the 55 -64 age group only fell from about 14% to about 10% of the population.