The charts below show the percentage of their food budget the average family spent on restaurant meals in different years. The graph shows the number of meals eaten in fast food restaurants and sit-down restaurants.

You should write at least 150 words.

Give reasons for your answer and include any relevant examples from your own knowledge or experience. 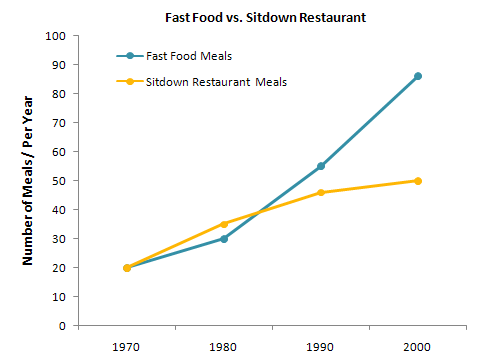