The pie charts below show the devices people in the 18 to 25 age group use to watch television in Canada in two different years. 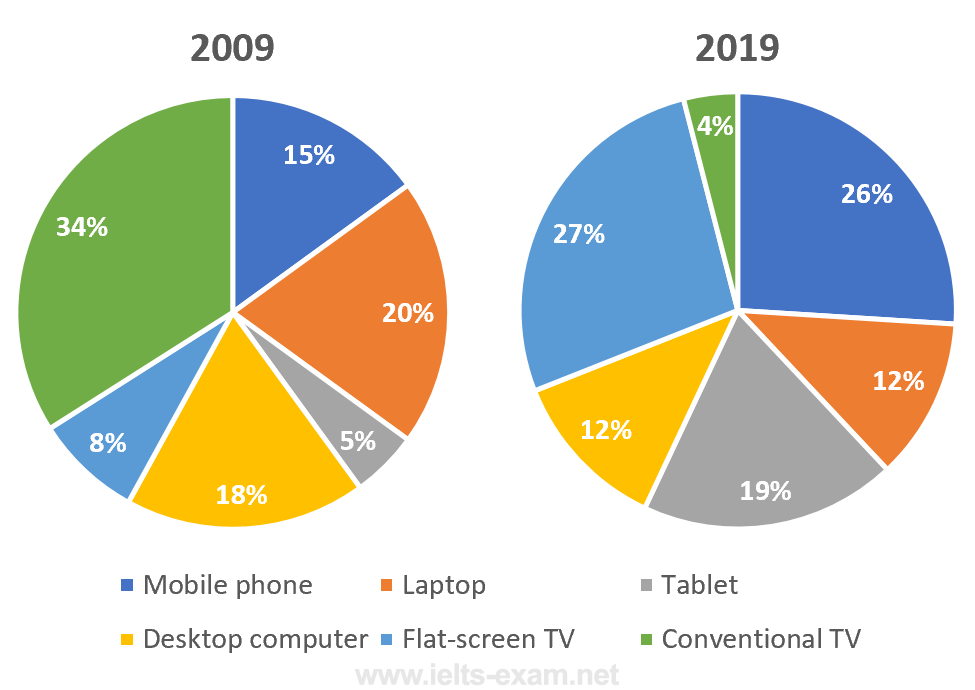 The two charts illustrate the appliances that young adults in Canada use to watch television programmes and how this has changed over the ten-year period from 2009 to 2019. One of the key changes over this decade is the transition from conventional televisions to flat-screens, with the former falling from 34% to 4% and the latter rising from 8% to 27% for the period, making it the number one television device. The latter has replaced the former as the most popular TV viewing device.

Another general trend is that younger people are now watching television on smaller, more portable devices than in 2009. In particular, the use of mobile phones and tablets for viewing purposes has increased by almost three quarters to 26% and tablet use seeing an almost four-fold increase to 19%. This trend is reinforced by the number of 18 to 25-year-olds using computers for the TV viewing. Both desktop and laptop computers saw substantial falls in usage (around a third for both).

Overall then, it can be said that the two pie charts suggest the TV viewing habits in Canada over the period saw a move away from older devices and towards more modern equivalents.