The bar charts below show the percentages of men and women in employment in three countries in 2005 and 2015. 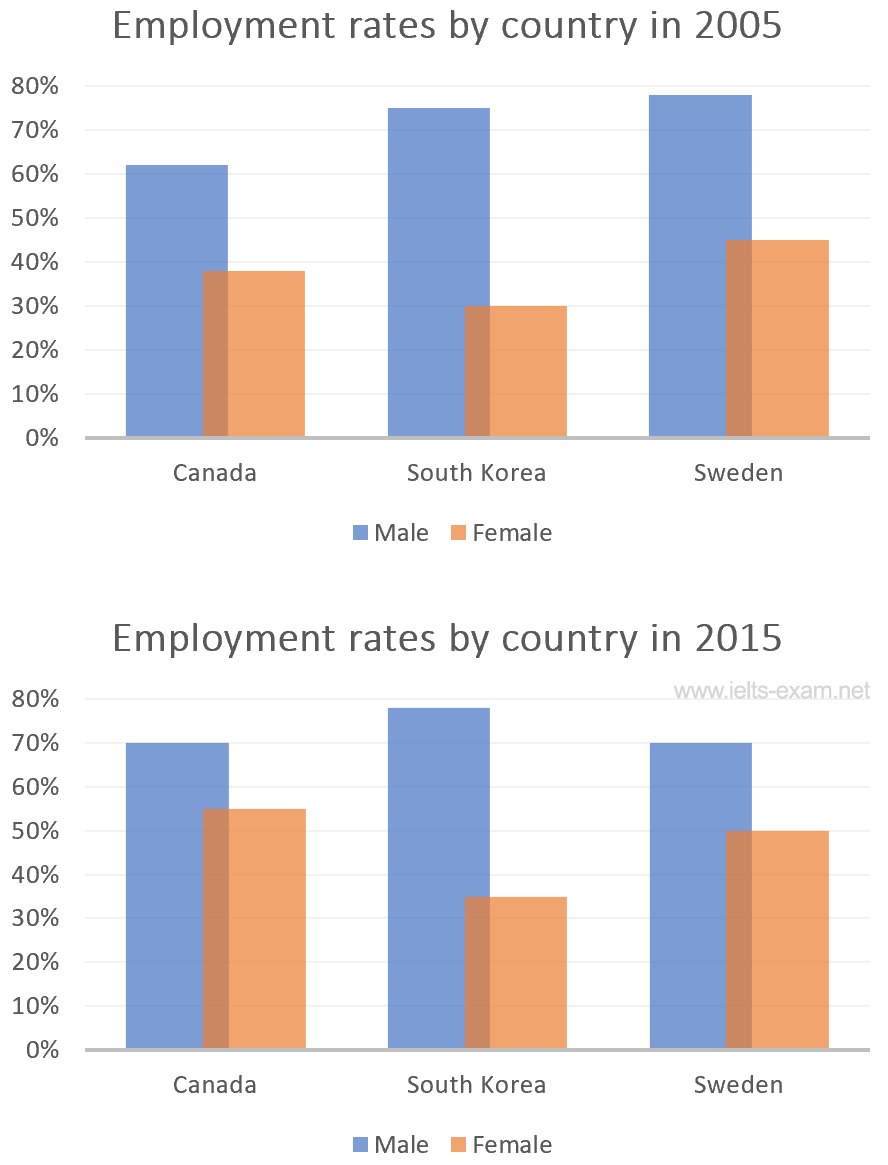 The two charts show the percentages of men and women in employment in three countries in the years 2005 and 2015. In general, we can see that the percentages of working people increased, with the proportion of women showing the most significant rise.

The proportion of women in employment was lower than men in all of the countries covered over the two years. It was below 50% everywhere in 2005, but the figures had risen by 2015. In Canada, over half of the women were working, and in Sweden the figure was exactly 50%. In contrast, the number of South Korean women who were working was only about 35% compared with a percentage which was more than double for men at over 70%.