There was a considerable rise in the income of Amandine Bakery.

The income of Amandine Bakery saw/experienced/witnessed a considerable rise.

The graph shows data about the annual earnings of three bakeries in Calgary, 2000-2010. 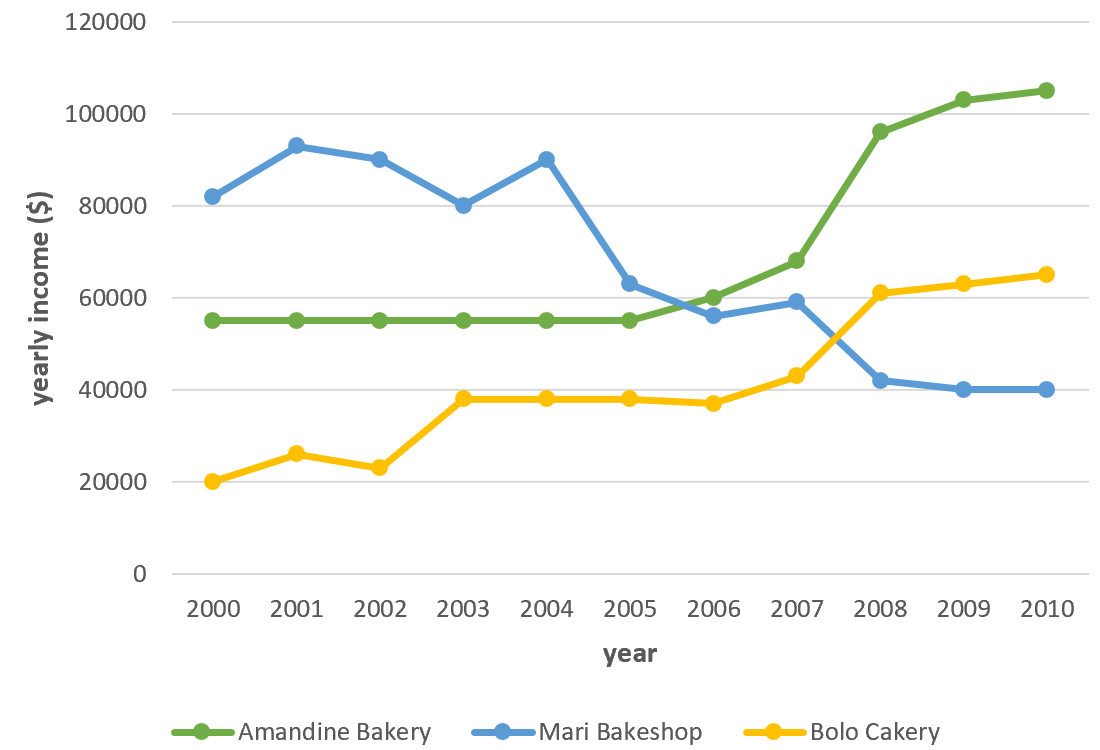 The graph shows information about the amount of money which was earned by three bakeries in Calgary, over a ten-year period between 2000 and 2010.

Overall, what stands out from the graph is that there were considerable upward trends in the income of both Bolo Cakery and Amandine Bakery, while the earnings of Mari Bakeshop saw a considerable fall over the period in question. Another interesting point is that Mari Bakeshop was the most popular bakery in 2000, but in 2010, Amandine Bakery earned more money than the others.

By contrast, the income of Mari Bakeshop went in the opposite direction. Takings fluctuated around $90,000 until 2004. After That despite falling sharply to just over $40,000 in 2008, the figure then levelled off in the last two years.