Prepositions are important in any task including maps. It is important to say exactly where things are located in relation to other places.

The maps show Pacific Railway Station station in 1998 and now. 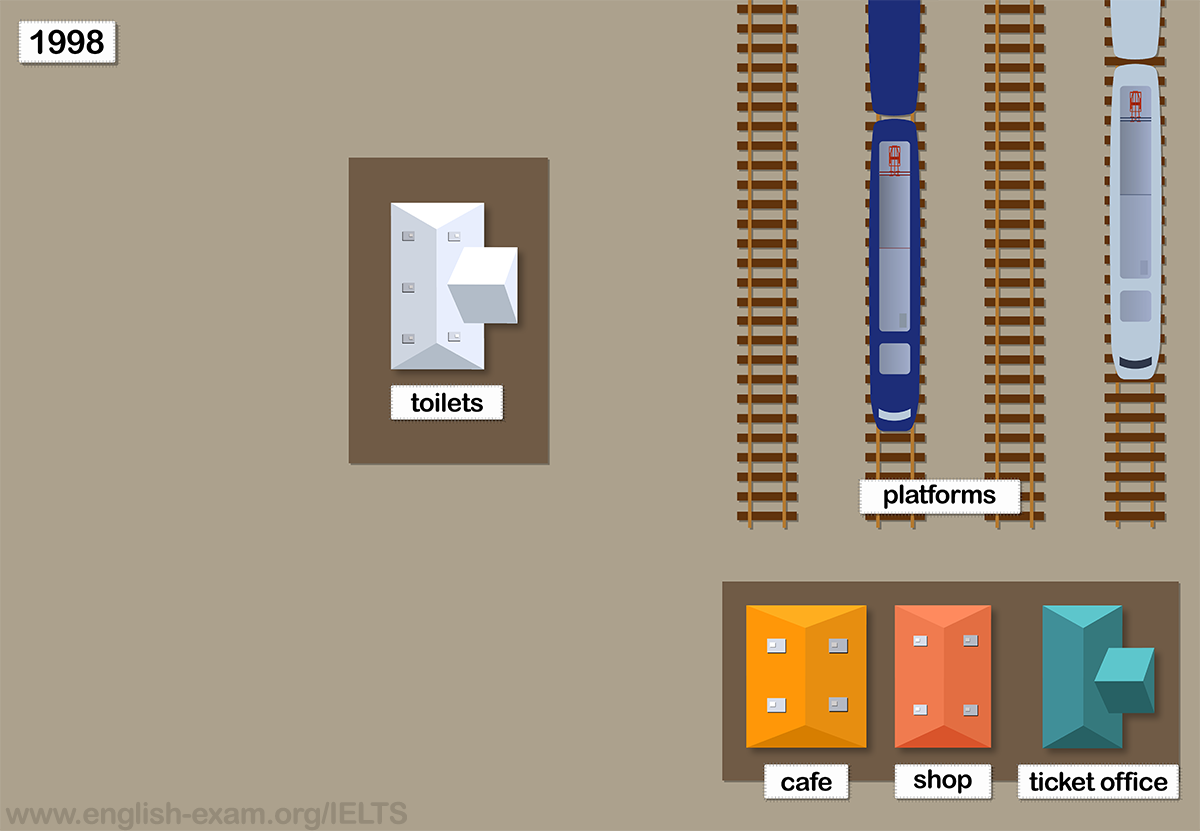 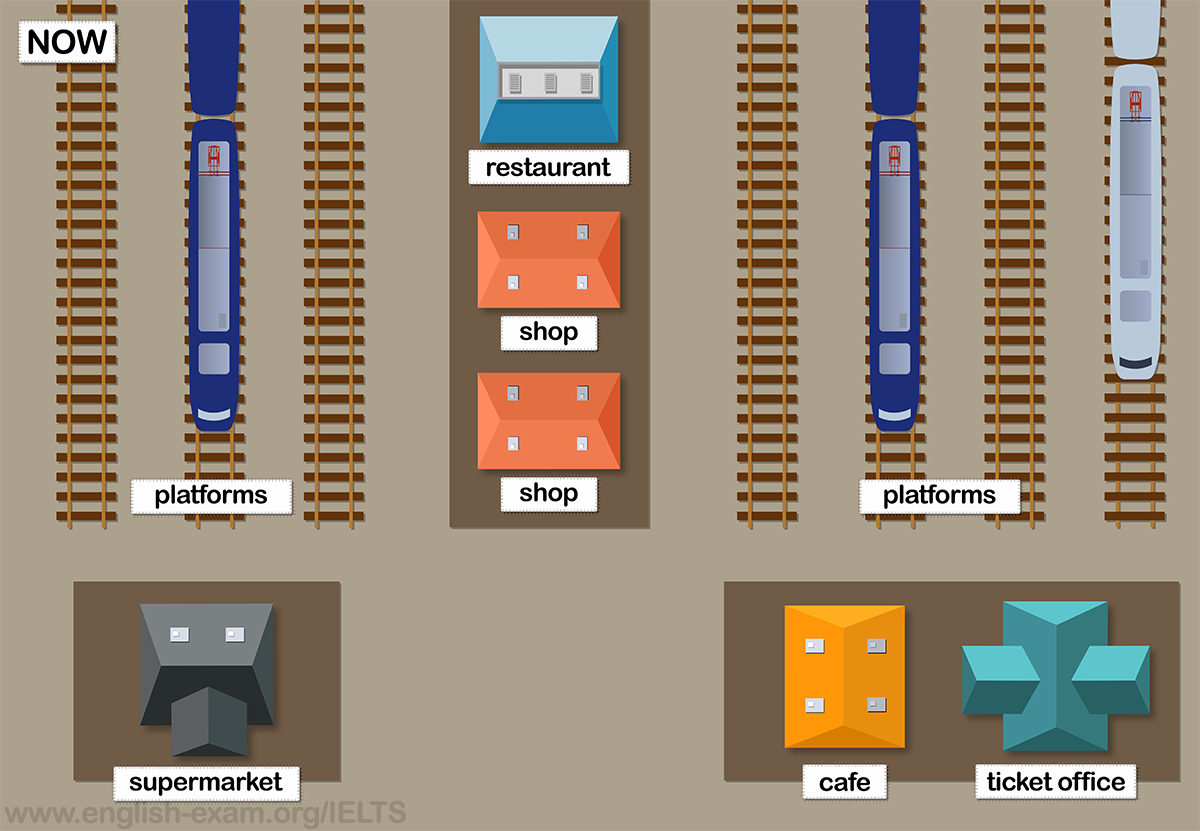 The maps show Pacific Railway Station in 1998 and the present day. We can see that the station has been expanded, with significantly more facilities available to customers now compared with 1998. Firstly, the station has been developed and the number of platforms has increased.

In 1998, there were only four platforms but today there are seven. A restaurant has been added between the new and old platforms and the number of shops has grown, as there are now two shops situated next to the restaurant and the old shop has been removed. The ticket office remains in the same place but has been extended and is now much larger.