The difference between UK and Great Britain

Do you know the difference between the United Kingdom, England, Great Britain and the British Isles? Which ones include Scotland and Wales? If you don't know, you may misunderstand exactly what an author is writing about. You could also cause offence to people in certain areas by using the wrong word! 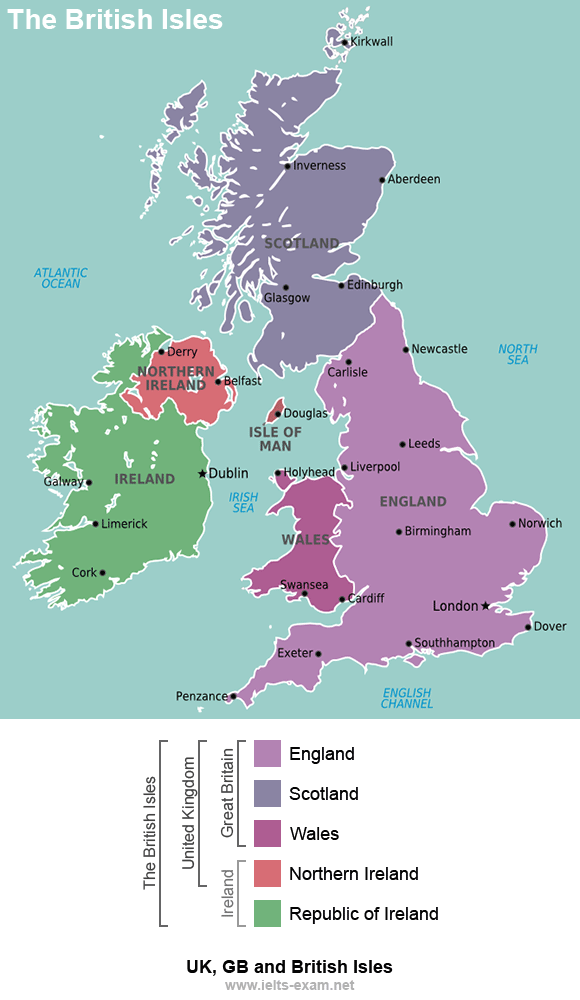 Great Britain refers to the countries of England, Wales and Scotland together. It does not include Northern Ireland and therefore should never be used interchangeably with ‘UK’ – something you see all too often.

Technically, if you lose the ‘Great’, Britain only refers to England and Wales.

Ireland is an island that consists of Northern Ireland and the Republic of Ireland. From 1801 to 1922 the UK also included all of Ireland.

The Channel Islands and Isle of Man are not part of the UK, but are Crown Dependencies.

Note: Isle /aɪl/ means an island or peninsula, especially a small one.

This is purely a geographical term – The British Isles consist of Great Britain, Ireland and other (smaller) islands, including the Channel Islands and the Isle of Man. Remember this only refers to geography, not nationality, and while the Republic of Ireland is part of the British Isles, its people are not British – a very important distinction.